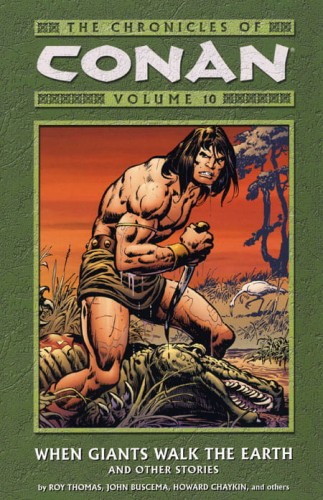 Treading the long and winding path toward his eventual monarchy, Conan becomes witness to the corruption and devastation of many a fantastic kingdom along the way. Not the least of which being the marvelous, and equally dangerous, lands of Harakht-home to the fearsome Hawk-Riders and their enormous avian beasts. Despite the overwhelming odds and the presence of a mysterious, earthbound space rock, it will take more than a flock of giant and savage birds to strike fear in the Barbarian's heart. With his lover Belit-the Queen of the Black Coast-at his side, no threats, terrestrial or otherwise, will prevent Conan from fulfilling his destiny.