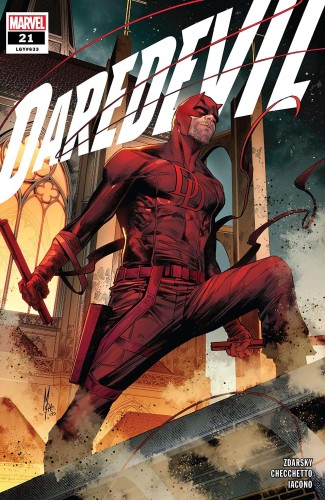 BACK IN RED!
'TRUTH/DARE' STARTS HERE! THE BATTLE MAY BE OVER, but the WAR is far from finished! After the shocking events of DAREDEVIL #20, CHIP ZDARSKY reunites with MARCO CHECCHETTO to begin the next chapter of their definitive DAREDEVIL saga: HELL AND BACK. For weeks, Hell's Kitchen has been a lawless neighborhood thanks to the Stromwyn siblings, but as the police are finally able to resume their patrols, they're quick to find that they aren't the only ones interested in keeping the Kitchen safe.
Meanwhile, as Matt Murdock continues to struggle with how best to appease his sense of justice after the events of the past several weeks, a familiar enemy takes root in Hell's Kitchen... Rated T+