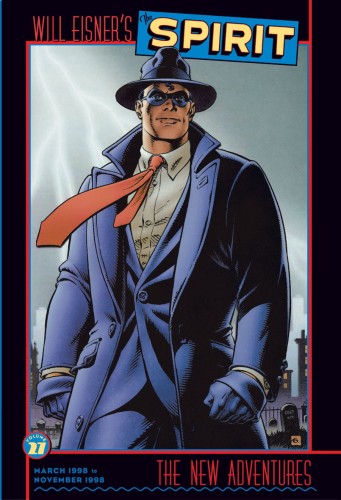 In 1997, almost six decades after the character's first appearance in 1940, legendary artist and writer Will Eisner gave permission for a new series of stories to be commissioned featuring his signature creation, resurrected detective Denny Colt, also known as the Spirit, written and drawn by the most famous names in the comics industry. The call went out, and the response was nothing short of remarkable, with contributions from such creators as Alan Moore and Dave Gibbons (in one of their rare collaborations since Watchmen), Neil Gaiman (The Sandman), Paul Chadwick (Concrete), and Eddie Campbell (From Hell), amongst others.

In these pages you'll find new tales of Central City's protector versus familiar villains such as the Octopus and Sand Saref; witness his undying love for Ellen Dolan, daughter of Commissioner Dolan, the only man to know his secret identity; and glimpse what might be the Spirit's fate in an uncertain future.